Beta Alanine is a naturally occurring amino acid which converts to a compound in your body called CARNOSINE. Carnosine has a poweful antioxidant capacity, in addition to promoting strength, lean body mass and muscular endurance by supporting the pH of the muscle cells.
Carnosine is contained in both slow and fast twitch muscle fibers and is responsible for keeping the pH in your body (on a cellular level) in check. When we exercise, the pH in our bodies becomes more acidic due to the build up of lactic acid, as more glucose is metabolized. If the lactic acid levels in our body become too high, our muscles cramp up. In order to work out longer and harder, we need to keep our bodies in that magic pH zone for longer durations and that’s where Carnosine comes into play. Having an abundance of Carnosine in your muscle fibers means you can fight off acidity in the body, leading to harder workouts and bigger gains.

Why not supplement directly with Carnosine? 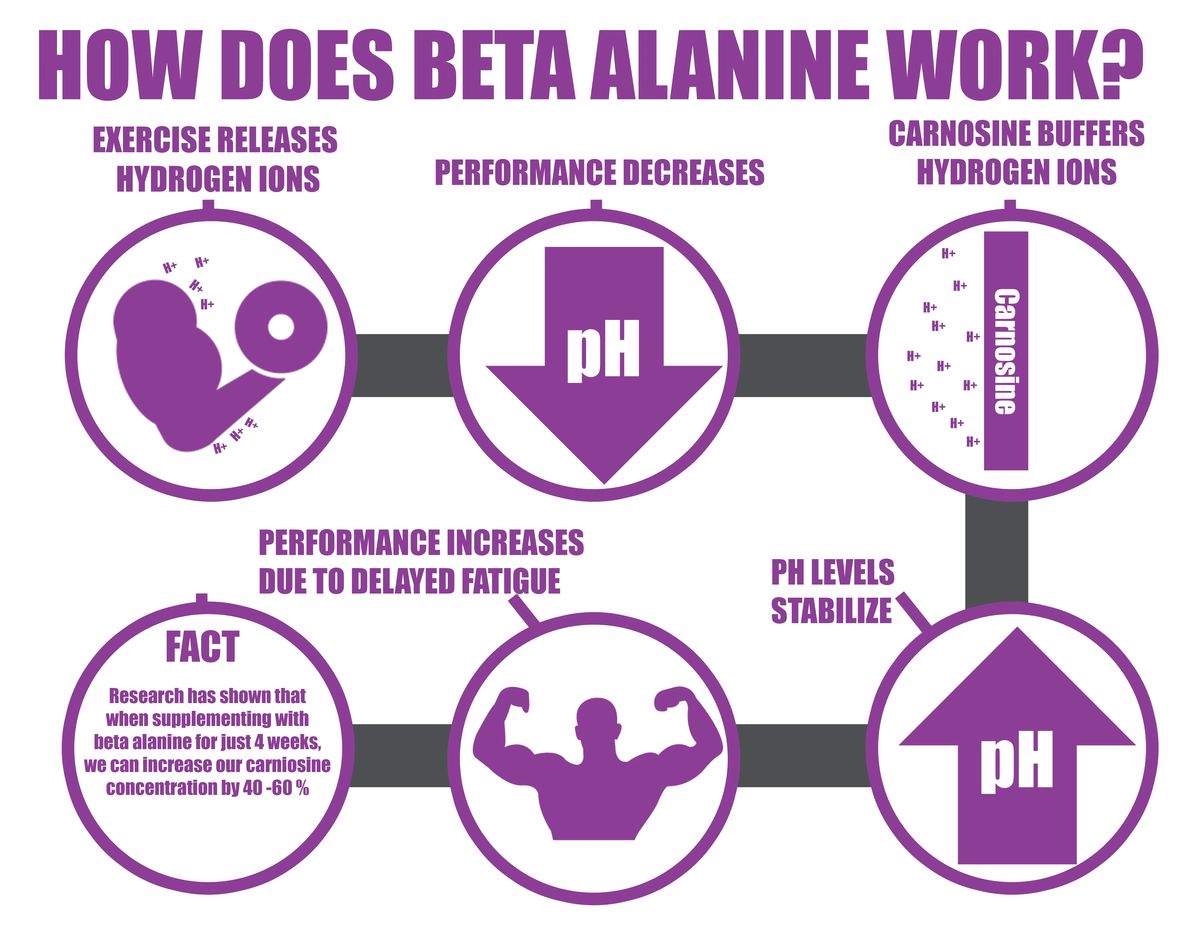 What are the Health Benefits of increased Carnosine Levels?

There is rigorous clinical research supporting carnosine’s impact on many of the body’s systems. It has been shown to support brain, muscle, heart, bone, immune and eye health. It is a powerful antioxidant, protecting the body from damage due to oxidative stress and the glycation process. 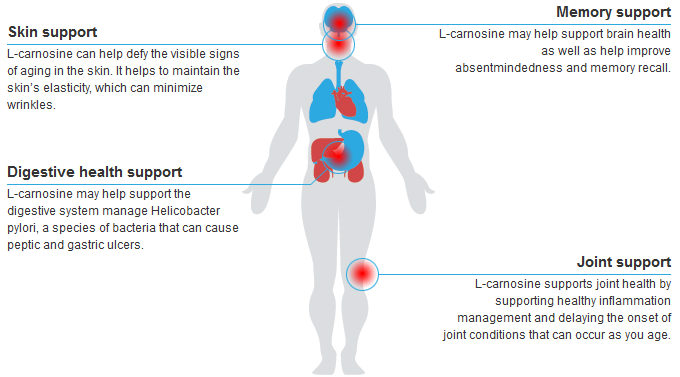 Studies demonstrate the benefits of using anywhere between 3.2 - 6.4 grams of Beta-Alanine per day. Because supplementing with Beta-Alanine is more about saturating the muscles (and after that, keeping them saturated) than any acute, immediate effect, the minimum daily dose of 3.2 grams can be divided into separate doses. Research shows that blood levels of Beta-Alanine peak within 30 minutes of taking it, and it completely leaves circulation within three hours. So it makes sense to get in a 1.6 gram dose of Beta-Alanine 30-45 minutes before your workout and then another dose immediately after training.

Why not take it all at once? If you take a 4-gram dose of Beta-Alanine, you're almost definitely going to get that tingling feeling. Some people like that feeling, but others don't, especially when it becomes excessive. It's harmless, but in this case, it's also avoidable.

Should you take Beta-Alanine on rest days?
For maximum benefit, yes, you should take CarnoSyn beta-alanine on rest days. As said earlier, you're not taking Beta-Alanine for the acute, immediate effect; you're taking it to saturate the muscles, whether it's a training day or not.
Research has also shown that it's similarly important to keep those Beta-Alanine levels "topped off" after you've reached saturation. Beta-Alanine, however, does not need to be cycled.

CarnoSyn® (Beta Alanine) is a registered trademark of Natural Alternatives International (NAI). It is patented and clinically studied form of Beta-Alanine that has been shown to support muscular endurance.
Beta-SYNTH™ is the purest pharmaceutical-grade Beta-Alanine. An 11-Stage process is used to produce this white crystalline substance. Beta-SYNTH™ then goes through a hyper-micronization process that gives you a fine, high-absorption form of Beta-Alanine that is exclusive to ALLMAX. Beta-SYNTH has been laboratory tested to absolute pharmaceutical-grade 100% purity.

When looking for products that include Beta-Alanine, be sure to look for the CarnoSyn® or BetaSYNTH™ brand logo on the label.

Symptoms of paresthesia (tingling feeling), may be observed if a single dose higher than 800 mg is ingested. It's usually experienced in the face, neck and back of the hands. The symptoms, however, are harmless and related to the increase in plasma concentration and will go away after some hours. They can be prevented by using controlled release capsules and smaller dosing strategies. A 1,000 mg dose taken with food (mainly carbohydrates) will only rarely cause paresthesia. Some people may not experience any tingles at all, as the reaction varies greatly from one person to another.

Another possible side effect is a decline in taurine levels. This is because Beta-Alanine can compete against taurine for absorption in your muscles.
However, none of the human studies using supplemental Beta-Alanine (up to 6.4 g/day) mentioned side-effects suggestive of a taurine deficiency (such as an increase in muscle cramps).
Taurine deficiency is probably not a practical concern with conservative Beta-Alanine supplementation. If you are worried, you can cycle the Beta-Alanine.
Given Beta-Alanine’s slow washout rate, you can increase muscle carnosine over a couple months and then take a few weeks off before starting again, during which time muscle carnosine levels will only marginally drop.

View all posts by: Zone Nutrition